What Causes a Water Heater Explosion?

There are a few underlying issues that may cause a hot water heater to explode. It’s important to learn how to identify these issues, and how to prevent them from occurring in the first place. The main two things that cause a water heater to explode are excess pressure buildup within the water heater and a gas leak that becomes ignited. Both can be caused by a multitude of issues, so it’s important that you can identify them when they occur. Let’s dig deeper:

What are the Reasons a Water Heater Might Explode?

As mentioned, the two primary reasons a water heater will explode are due to pressure buildup and gas leakage.

Pressure Buildup: Pressure buildup in a water heater is very dangerous, as you might imagine. Pressure can cause the water heater to expand and eventually burst. This pressure buildup can be due to a few different reasons, but it’s usually a combination of several factors.

The problem will usually start to develop when your water heater reaches an internal temperature that is too high, which will cause the air and water inside the heater to expand. As the air and water expands the interior space in the tank, it puts pressure on the tank itself, which can eventually result in a water heater burst.

This problem can be further exacerbated if your tank has excessive sediment buildup. This sediment can insulate the tank, causing the temperature to rise more quickly, intensifying the pressure buildup.

The problem can be even further intensified if the inside of your tank has begun to rust. This rust weakens the tank itself, and can cause it to burst from a smaller amount of interior pressure. A rusted tank is often the result of a fully corroded anode rod. The anode rod protects the inside of your tank from corrosion. But once the anode rod has been used up, it needs to be replaced. If it isn’t replaced, the tank itself can begin to rust, which can lead to an explosion without the proper water heater maintenance.

On top of a pressure release valve, there is another safeguard against this issue. Any reputable water heater will be equipped with a water temperature regulator, which stops the water heater from becoming too hot. Therefore, it is only when this regulator malfunctions that the real problems can start to occur.

As you can see, there are a variety of issues which need to occur in order for your hot water tank to burst. It’s usually a combination of several faulty components, and several issues with the tank itself. That being said, with so many hot water tanks around the world, it does happen, and you want to be sure it doesn’t happen to you.

Gas Leak: The second major reason that a water tank can potentially explode is due to a gas leak. This is a much more obvious problem, due to the flammable nature of a gas leak. A gas leak is more of general home hazard, as opposed to one specific to your water heater. Nonetheless, if there is a gas leak near or within your hot water heater tank, this gas can ignite, which can cause an explosion. 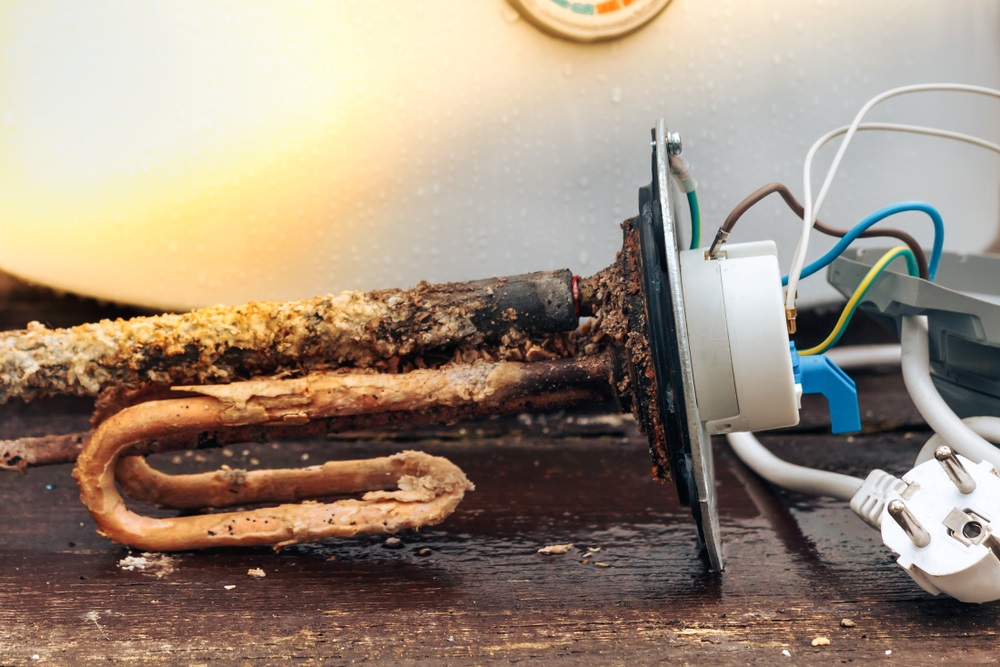 Leaking Pressure Valve: Similar to the factor above, if you notice your temperature and pressure (T&P) release valve is leaking, then it’s a sign that the valve is not adequately maintaining the pressure inside the water heater. It might also be a sign that too much pressure is building up inside the tank, and that the valve cannot keep up. Either factor can lead to too much pressure buildup in the tank, and an eventual explosion.

You might also notice that the T&P valve is always open, which can also be a sign that there is too much internal pressure. The pressure release valve also lets cold water into the tank to regulate temperature, so an always-open valve might be a sign that the interior of the tank is too hot.

Popping Sounds: Popping sounds might occur when sediment buildup in your water heater becomes extreme. Sediment might collect against the heating elements in the water heater and the elements needed to work overdrive to heat the tank through the insulation of the sediment. The “popping” will actually be the water and sediment boiling and burning against the elements. These extreme temperatures will cause pressure buildup, which can lead to an explosion.

Sediment can also clog the T&P valve, which can prevent it from adequately releasing pressure.

“Rotten Egg” Smell Near Water Heater: This one is serious. A rotten egg smell near your water heater, or anywhere in your house, is a common warning sign of a gas leak. Gas leaks can occur if the water heater was improperly installed, components have been damaged, or there is a problem with the gas line in your home. Whatever the case, if you smell rotten eggs, you need to immediately call a professional to attend to the situation.

How do I Prevent My Water Heater from Exploding?

You shouldn’t wait until you notice these warning signs to take action. Of course, you should know how to identify these warning signs should they occur. But you will hopefully avoid them altogether, and this is all about proper installation and maintenance of your water heater.

A professional can identify any problems worth fixing, and they can keep your tank in working order. It may seem expensive, but it’s much cheaper than running into a bigger problem down the line.

Follow these steps and you should never have to worry about a water heater explosion!