Copper pipes that are exposed and out in the open can be a bit of an eyesore, and unless you particularly like that aesthetic, you will probably want to find some way to hide or camouflage the pipes so that they don’t ruin the overall appearance of the place.

You could try and put things in front of them, or figure out some form of camouflage. But the easiest way to change the appearance of copper pipes is to paint them. 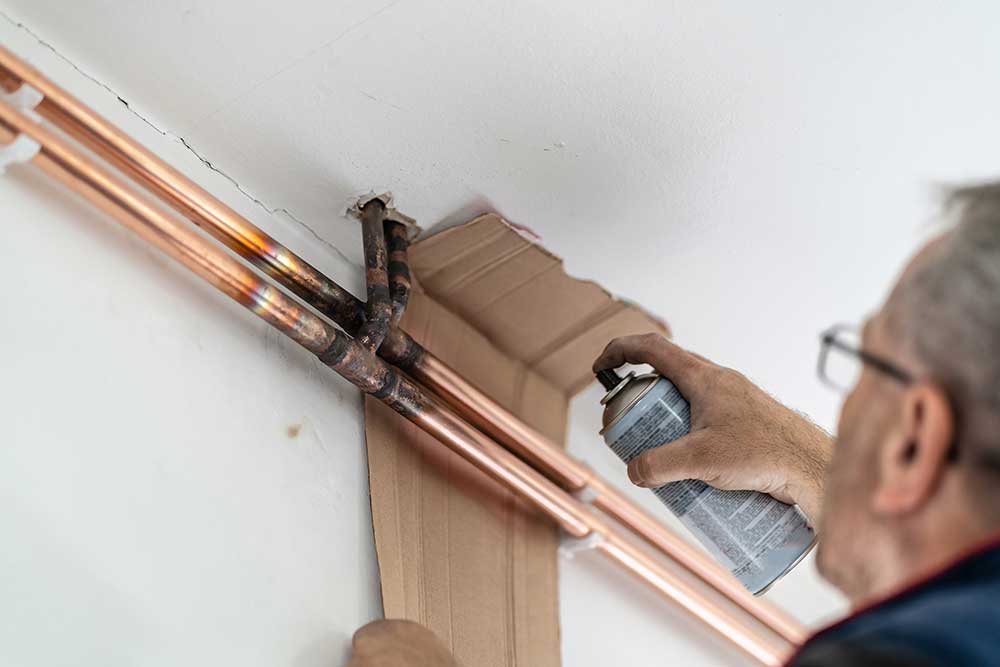 So if you were wondering whether or not you can paint copper pipes or not, the answer is yes! Some people will recommend against it, and some plumbers will ask you to not paint the pipes, but as long as the copper pipes are well-maintained and in working condition, and you use the right type of paint for the job...then you can go ahead and make them more visually appealing!

The next question, therefore, is how to paint copper pipes. Don’t worry, we’ve got you covered. Let’s get right into it all!

Should you paint copper pipes?

Before we explain how to paint copper pipes, we wanted to address whether you should paint the copper pipes in the first place or not, as there can be a bit of a debate on this subject. Some people say you shouldn’t, others say that it’s completely okay. So which is it?

At the end of the day, it’s completely up to you whether you paint the copper pipes or not. As a general rule, you probably shouldn’t go about painting pipes unless you really think you need to or really want to.

But although it’s not always recommended, painting copper pipes is possible if done right and will not damage the pipes or cause problems.

But to help you decide, we’ll give you the main pros and cons that people use to debate for or against painting copper pipes, and you make of it what you will!

There is an alternative to painting copper pipes, which is putting a cover over them to make them more visually appealing.

But if your pipes will not need plumbing interaction any time soon, and you’re really set on painting them over in a color of your choosing, then there’s nobody to get in your way and you can go ahead!

How to paint copper pipes, step by step:

When it comes to painting copper pipes, there are three phases to the process: preparing the pipes for painting, priming the pipes, and finally actually painting the pipes. There can be a few different steps to follow within each phase, so let’s get right into it!

Preparing the copper pipes for painting:

One of the most important parts of any paint job is preparation. Making sure the surface you’re going to paint is ready, along with the surrounding area and yourself. There’s a lot to do before you begin:

Once the copper pipes are ready and prepped, and you have all your materials with you, you can get started with the actual process. The first thing to do is to apply a primer to the copper pipes so that later on the paint has a surface it can adhere to with ease.

Use a metal primer that is suitable for copper surfaces. Alternatively, for a higher-quality finish, you could use an acid etch primer. You can find either of these in an automotive or hardware store.

Cover the entire surface of the copper pipes with the primer, then allow the coat to fully dry. Once it is dry, apply a second coating of primer. This is because you need a solid base on the pipes in order for the paint to adhere and then stay on, especially as the pipes will be hot. You don’t want the paint to start peeling off too soon, after all!

After the base layers of primer have been applied and left to dry out completely, you can paint the copper pipes in a color of your choosing.

You should use an oil-based paint that is suitable for use on metal surfaces, these can be found at hardware stores without much of an issue. Paint one or two layers, until satisfied with the appearance of the copper pipes, and you’re all done!